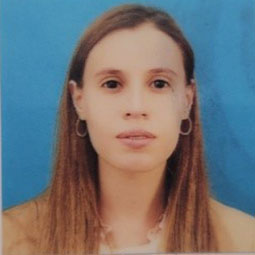 Title: From Hippocrates to today. Tetanus: the myocardium also suffers

INTRODUCTION Tetanus is an acute and globally distributed disease caused by a toxin produced by the Gram-negative and anaerobic bacterium, Clostridium tetani. There are 3 clinical presentations of tetanus: generalized, localized, and cephalic. CASE REPORT A 73-year-old woman complained of dyspnea and dysphagia with muscular pain and weakness in the lower extremities, proximal rigidity, and cervical contracture. She had a medical history of chronic venous ulcers in lower extremity which she had healed herself with a mixture of clay and banana peels. On admission, the patient was febrile and had stimulation-triggered generalized spasms as well as trismus, facial grimacing (risus sardonicus), generalized rigidity, diminished sensitivity in the proximal region of all extremities, and an ulcer of the left lower extremity, with foul-smelling, purulent discharge. Laboratory tests revealed anemia, leukocytosis, creatine phosphokinase of 713 U/l, creatine kinase–myocardial band 13 U/l, lactate dehydrogenase 860 U/l. To rule out the stiff-person syndrome, computed tomography scans of the brain, and chest were performed as well as a glutamic acid decarboxylase test, which yielded a negative result. Clinical suspicion prompted the treatment of tetanus with human tetanus immune globulin and tetanus toxoid.  During hospitalization an episode of generalized rigidity with respiratory difficulty occurred, the electrocardiogram showed changes in leads V1, V2, and V3 with ST-segment elevation consistent with anteroseptal acute myocardial infarction. Coronary angiography was performed and no stenotic lesions were identified. She was admitted to the intensive care unit, where she received ventilatory support, developing cardiogenic shock and renal failure and eventually died.  DISCUSSION  There are few previous descriptions of the relationship between acute myocardial infarction and increased sympathetic nervous system activity and autonomic dysfunction. Also highlights the possibility of re-emergence of preventable diseases in antivaccine communities and incomplete vaccination schemes in people aged 65 years and older.

Sofia Raquel Barreto has completed her degree of medical doctor in Cordoba National University, Argentina. She participated as a speaker at the National Congress of Medicine, Argentina. Actually she is a second year resident in Internal Medicine of San Bernardo Hospital Salta, Argentina.