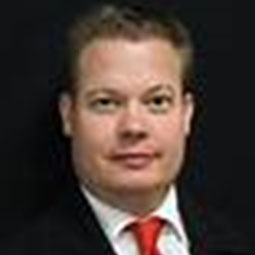 Research is increasingly demonstrating that overweight and obesity are dramatically increasing in young adults due to their newly found independence from parental support. Since adults rarely achieve sustained weight loss, it is essential to prevent overweight and obesity in early adulthood. Although major health organizations commonly recommend aerobic training, little research has examined the effects of the combination of aerobic and resistance training and the benefits of such concurrent training. Previously sedentary males were randomly assigned to either a non-exercising control group (NON) (n=13) or concurrent aerobic and resistance training group (COM) (n=15). Results indicated that six weeks of concurrent training significantly (p?0.05) improved all measures of fatness utilised in this study (i.e. waist-to-hip ratio, fat mass, fat free mass, sum of skinfolds and percentage body fat). In conclusion, resistance training appears to be a useful adjunct to aerobic training in the prevention of overweight and obesity in young adults. This is especially important in that resistance training is not only important in overall weight management, but rather in body composition, such as its ability to simultaneously and uniquely increase muscle mass while decreasing body fat.

Brandon S. Shaw is Professor in the Department of Human Movement Science at the University of Zululand, South Africa and in the School of Sport, Rehabilitation and Exercise Sciences, University of Essex, United Kingdom. He is also a twice-appointed board member appointed by two successive Ministers of Health to the Board of the South African Medical Research Council (SAMRC). He also currently serves as the Executive Director: Africa & Vice-President: Publications and Communication for the International Physical Activity Projects (IPAP) and is the Co-director of the international Non-Communicable Disease Intervention Research Unit (NCDIRU). He has authored over 200 peer-reviewed national and international journal publications and numerous other publications with researchers from Africa, Asia, Europe, Middle East, Oceania, and North and South America. He has authored/co-authored over 80 conference presentations and been invited to deliver presentations in Africa, Asia, Europe, Middle East and North and South America. He is an Editorial Board Member of numerous national and international journals, including one of the official journals of the American College of Sports Medicine (ACSM) (the largest organisation of its kind globally), namely ACSM’s Health and Fitness Journal.